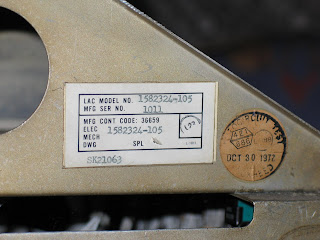 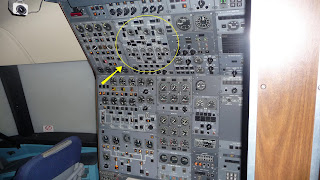 Shown is a complete L-1011 Flight Engineers Control Panel from a British Airways L-1011 Simulator from aircraft "G-BBGQ". The yellow arrow shows the proper location inwhich the "Engine Bleed Control" off N310EA would be located within the overall Flight Engineers Panel layout 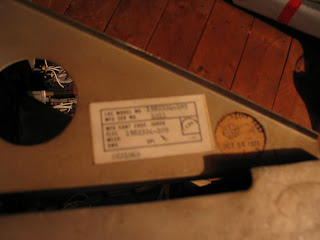 Shown is an identification tag on the back of the Engine Bleed control panel with the serial number from aircraft N310EA "aircraft serial number 1011". Also present is a yellowish-orange circular sticker which shows an inspection date of 30th October 1972, two month before the ill fated flight of 401 on 29th December 1972
"CLICK ON PHOTO FOR ENLARGED VIEWING" 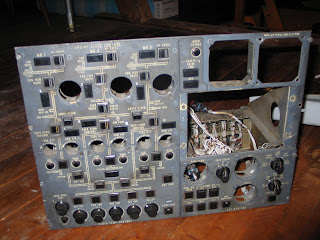 An aviation treasure to the folks at the Eastern Airlines Flight 401 Tribute Group. Shown is the Flight Engineers "Engine Bleed Control Panel" that was original to N310EA, salvage from the crash and found its way onto N318EA, which in 1996 was scrapped in Northern Germany and saved by Mr. Peter Trapkowski