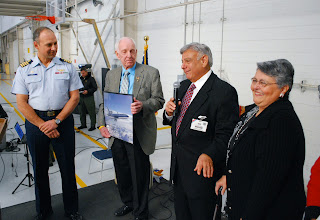 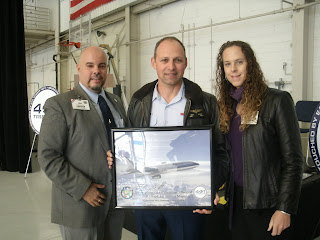 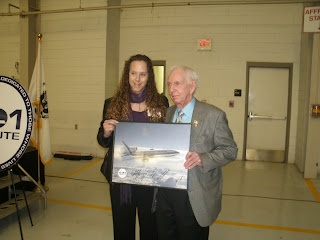 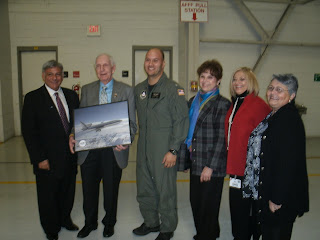 The start CRM started with the crash of EAL L-1011, N310EA and the Ultimate in CRM with UAL Flt 232 DC-10, N1819U is the Eastern Airlines Flight 401 Tribute Group shown with Captain Al Haynes of United Airlines Flight 232 accompany by an official of the local Civil Air Patrol
Miami, Florida 5th January 2010: In appreciation for their consideration and time, the Eastern Airlines Flight 401 Tribute Group presented both Captain Richard Kenin, Commanding Officer of Coast Guard Air Station Miami and Captain Al Haynes of United Airlines Flight 232 with survivor signed prints of Flight 401 aircraft, Eastern L-1011, N310EA.
The art work was digitally created by the Digital Aircraft Factory a subsidiary of the Miami based 94th AeroClaims-Aviation Consultant Group. Under the technical and creative leadership of Digital Aircraft Factory Chief Aviation Artist Catherine Smallwood, N310EA was created down to its last detail utilizing Hollywood grade special effect software commonly seen in today movies to create the impossible.
Both Captain Kenin and Captain Haynes were pleased with such a special gift that commemorated the event.
Posted by EAL FLt 401 Tribute Group. at 4:17 PM