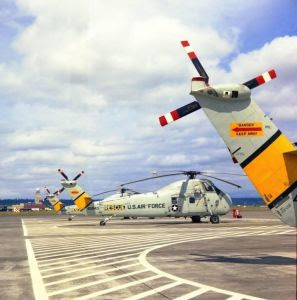 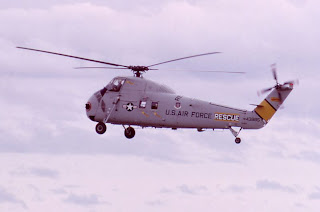 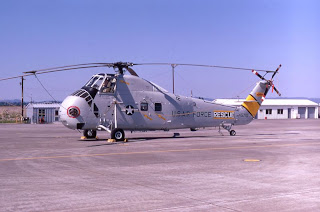 Homestead, Florida 14th March 2009: Aside from the U.S. Coast Guards HH-52A's helicopters dispatched to the crash site from Coast Guard Air Station Miami, which rendered the life saving capabilities consisting of medivac airlift and transporting the rescue teams to and from the crash site, the United States Air Force, also provided rotary wing aircraft assets toward the rescue effort. The 301st Air Reserve Rescue Squadron (ARRS) while operating the Sikorsky HH-34J "Choctaw", then based at Homestead Air Force Base also came to the rescue of Eastern Flight 401.

Originally developed by Sikorsky Helicopter as the UH-19 "Chickasaw", the HH-34 "Choctaw" first flew on 8th March 1954. Initially designed as the HSS-1 "Seabat" when it served with the U.S. Navy in the anti-submarine role. Thirty-Two (32) units were taken by the Air Force to act as transitional aircraft, thus filling the gap when the Grumman "Albatross" amphibious aircraft was retired and needed for the war in Vietnam.The Air Force Reserves (AFRES) operated the HH-34J "Choctaw" from June 1971 to June 1974. During their operational period, the HH-34J served with four U.S.A.F ARRS units, thus being the 301, 302, 304 & 305. Each ARRS unit had 8 helicopters each and in 1974 all 32 units were finally retired.