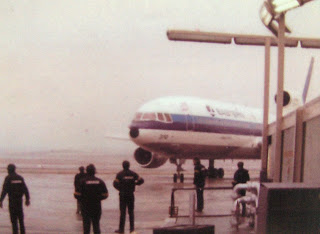 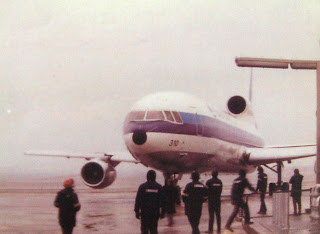 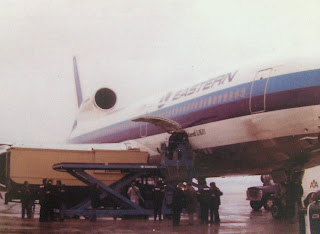 N310EA at St. Louis for Ground Crew Training (Photo Provided by Bill Hersch)
Miami, Florida 12th March 2009: During our review of large amounts of data harvested and provided by the group member's, the survivors of the 1972 crash, resulted in these great photographs of N310EA. These photographs shows N310EA taxing into the gate at St. Louis for ground crew traning. Keeping in mind that N310EA first flight from the Lockheed Burbank, California facility was on 30th July 1972 and there soon after delivered to Eastern and the crash which occurred five month thereafter, N310EA has a short live operational life.
Our research of the Eastern Airlines Company records storage facility, located at the Eastern Financial Credit Union building here in Miami, Florida, produced over three hundred Kodak 35mm color slides all about Eastern L-1011's, which upon full inspection, we hope it may yield further pictures of N310EA for publishing.
Posted by EAL FLt 401 Tribute Group. at 12:55 PM