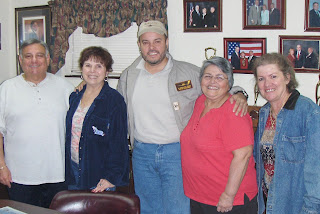 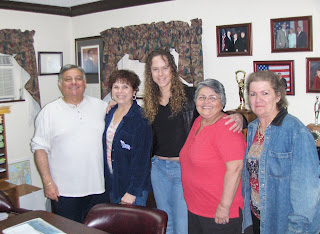 Miami, Florida February 7th 2009: On Saturday February 7th 2009 at the AFLAC office of Mr. Ron Infantino, help once again came to the survivor's of the December 29th 1972 Eastern Airlines Flight 401 crash via Benny Benitez and Catherine Smallwood who shall be assisting the group to establish a memorial to those lives that were touched and effected by the crash of Flight 401.
Benny brings over 25 years of world wide aviation industry contacts, he is affiliated with the Greater Miami Aviation Association, the Miami Maintenance Management Council, the Air Force Association and is a well established, experienced and respected Aviation Consultant within the Miami / South Florida aviation community and aboard.
Catherine forte, harness and blends the power of art, aviation and Hollywood special effect programs thus to create computer generated aviation art in support of the group. Via the use of such special effects programs, as Light Wave 9.0, MODO and Photoshop, Catherine, shall "digitally" create and render aircraft N310EA (c/n 1011) for the creation of prints and digital full motion clips. Currently, her work via the Digital Aircraft Factory a subsidiary of the 94th AeroClaims-Aviation Consultant Group is assisting yet another Miami based Eastern Airline project concerning the restoration of an Eastern Airlines DC-7B N836D. Catherine capabilities has already digitally rendered N836D flying over South Beach. Both Benny and Catherine are committed toward this worth wild cause.
Posted by EAL FLt 401 Tribute Group. at 10:10 PM