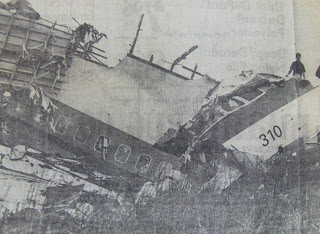 Nose section wreckage of aircraft N310EA within the Florida Everglades 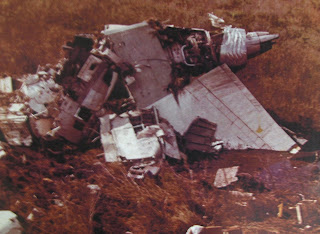 Miami,Florida 13th March 2009: The above crash photos shows the wreckage of N301EA nose section, which was photographed the morning after the crashed by the Miami Herald. The lower photo show the entire tail section of N310EA still with its number two Rolls Royce RB211-22C turbo fan engine installed.
A review of fleet engine records provided to us from the Eastern Airlines Company crash files collection, provided the the following data. The number two engine shown in the photograph, still installed onto the wreckage of N310EA had the following data.
Engine Serial # 10073
Installed onto N310EA on 14th December 1972
Total Time (Hours) 1,144
Total Time(Cycles) 623
Posted by EAL FLt 401 Tribute Group. at 1:10 PM