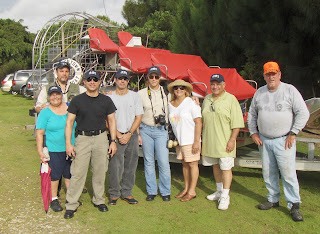 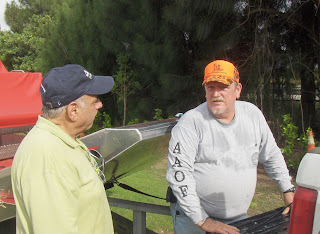 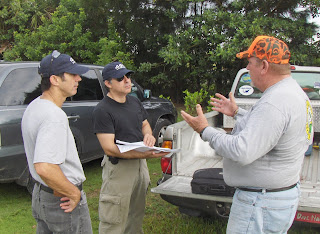 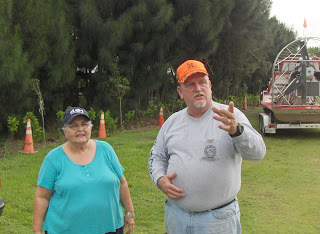 Eastern Airline Flight 401 surviving flight attendant Beverly Raposa shown here next Kieth Price, President of the AirBoat Association of Florida (AAOF). Keith is speaking to the group about the the current state of the water level out there before heading out for the scheduled survey

Miami, Florida 12th September 2009: The Eastern Airlines Flight 401 Tribute Group wishes to thank all the good and caring folks both at the Air Boat Association of Florida (AAOF) and the Cooper City, as their willingness to help is greatly appreciated. In speaking to Mr. Keith Price the President of the Air Boat Association of Florida he mentioned that his organization will support the Eastern Airlines Flight 401 Tribute Group in providing transportation from time to time back to the site for any research and collection of information that would help the group establish itself. The group fully appreciate the support of the local airboating community as it was an lone airboat manned by the late Mr. Robert "Bud" Marquis that came to the rescue of Flight 401 and 37 years later the airboats and its great folks still are forever rendering the assistance that started 37 years ago.

We at the Eastern Airlines Flight 401 Tribute Group wish to thank and hold in great esteem all the folks that make up the airboat community and culture that is so special to South Florida and those who are here today because of the rescue they offered 37 years ago.