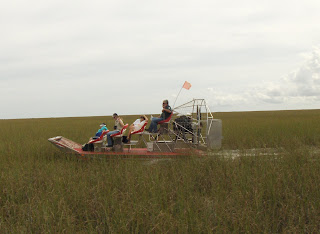 Traveling the 9.2 mile distance from the Tamiami Trail launch site is "Airboat One" piloted by Doyle Kennon from Cooper Town which onboard were the survivors Ron Infantino, Beverly Raposa and Patty McGigg. Also onboard was the group photographer Catherine Smallwood who successfully recorded the day 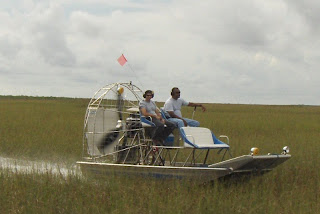 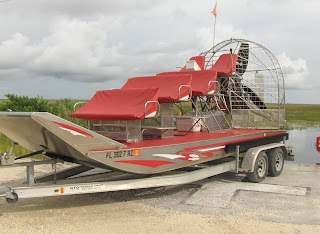 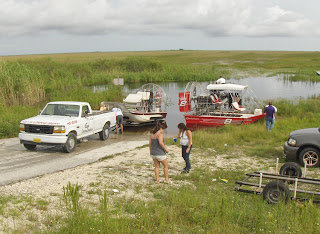 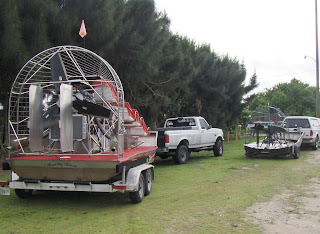 Located on the South side of Tamiami Trail, the day started out on the grounds of the Airboat Association of Florida club and camp grounds as the "Boats" were hauled to the launch site which is situated on the North side of the Trail thus allowing a clear running to the crash site 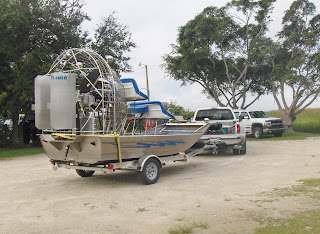 The "Boats" ranged in sizes, horsepower and paint scheme, but all indispensable to getting the group out to the site and the sole mode of transportation within the Everglades

Miami, Florida 12th September 2009: Once again the survivors of Eastern Airlines Flight 401 found themselves preparing and heading back out to the very same spot that they were in on the night of 29th December 1972 crash of Flight 401, 37 years ago, as they the Eastern Airlines Flight 401 Tribute Group prepare to survey the area for the collection of historical information.
And the only and sole means of getting back to the site as was the case 37 years ago is by air boat! Thank to Jesse and Doyle kennon of Cooper City Air boats it was possible. Despite the advancement that Miami-Dade County has undergone since 1972, the world famous Florida Everglades are as unassailable as they were 37th years and for that matter since its discovery over 500 years ago.
Cooper City Air Boats Tours were a key factor in making this possible and we at the Eastern Airlines Flight 401 Tribute Group wish to thank both Mr. Jesse Kennon and his Son Mr. Doyle Kennon.
Posted by EAL FLt 401 Tribute Group. at 11:07 AM