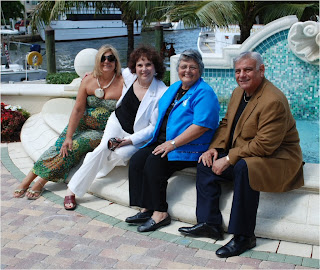 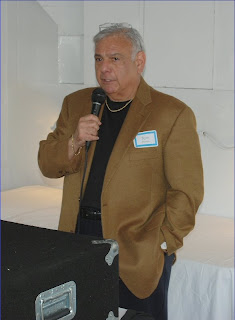 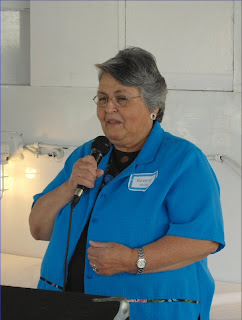 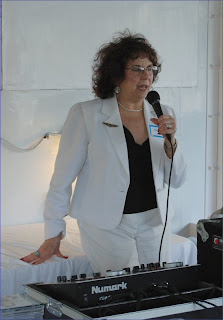 Sharing her experience Surviving Flight 401 Flight Attendant Mercedes V. Ruiz speaks about the effort of the Tribute to remember those who perished and those who survived

Fort Laudersdale, Florida 11th April 2009: Casting off from Port Everglade in Fort Lauderdale, Florida onboard the Dinner Ship the "Musette" members of the Eastern Airline Flight 401 Tribute Group were onboard as special quest speakers in attending the Eastern Airline Flight Attendant Reunion luncheon. Gathered were a host of former Eastern Airlines Flight Attendants, their families, friends and follow Eastern Airline colleagues.
The 401 Tribute took advantage of their "captive audience" while at sea to speak about their goals and accomplishment of the group, as they press forth to establish both an awareness of the crash and a proper tribute site, hopefully on the grounds within Miami International Airport.
The Group was welcomed and their experience were shared with all onboard. This marks the Group first public appearance as they look forward toward their second event which is scheduled for July 23rd to 25th 2009 at the "Airliners International" event in Orlando, Florida Wyndham Orlando Resort Hotel were they will hold a lecture to the airline enthusiast audience.
Posted by EAL FLt 401 Tribute Group. at 11:56 AM