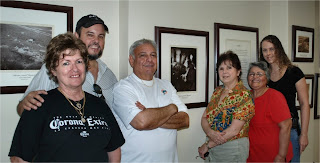 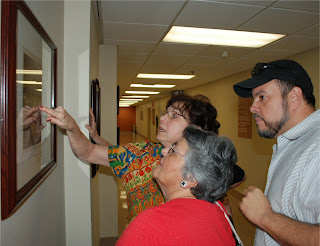 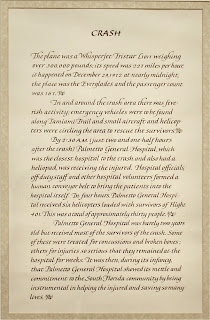 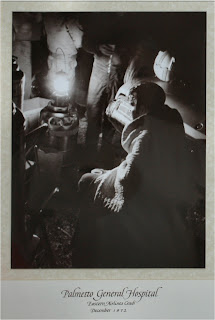 Among the collection of photographs displayed at Palmetto General Hospital commemorating the importance in which the hospital played that night is a never before seen photograph of a male survivor, sitting on a stool, draped in a blanket, being illuminated by a field Lateran holding what appears to be a cup of coffee while surrounded by rescuers. Note the Aircrew flight helmet poised on the truck of a car. This one photograph conveyed a strong and captivating sense of "I survived"

Hialeah, Florida 4th April 2009: Palmetto General Hospital was the vision of 26 physicians practicing in Hialeah who recognized the opportunity for a quality medical facility to meet the increasing health care needs of the growing population. Charged with the responsibility of turning that vision into reality, a nine-member steering committee set the course for what would become one of the area's leading hospitals.
Palmetto General Hospital opened its doors on January 17, 1971 with 50 beds, 70 doctors and 100 employees. Twenty-three months after opening its doors on December 29th 1972, Palmetto General Hospital found itself tending to the survivors of worlds largest aviation disaster to date concerning the crash of Eastern Airlines Flight 401.

Eastern Airlines Flight 401 and the care of its survivors is an established part of the Palmetto General Hospital operational history, so much so that publicly displayed on the first floor hall way walls, after passing the reception area there is a series of never before seen large black and white, framed photographs of the crash site taken both during the rescue operation and what appears to be the morning after during the ongoing operation.

Today, the surviving members of the Eastern Airlines Flight 401 Tribute Committee paid a visit to Palmetto General Hospital to view what is also part of their history.
Today, the comprehensive health care facility, which serves more than 319,000 patients annually, has 360 beds, approximately 800 affiliated physicians and more than 1,500 employees standing ready to be called into action should another aviation disaster ever occur in South Florida.
Also today at the offices of surviving passenger Mr. Ron Infantino, both Catherine Smallwood and Benny F. Benitez were presented with the titles of "Honorary Committee Members" in appreciation for their time and dedication toward assisting the group and being a welcome driving force.
Posted by EAL FLt 401 Tribute Group. at 2:56 PM