Eastern Airlines Flight 401 Tribute Group Meets With Mr. Todd Nyman Board of Director Memeber for The Airboat Association of Florida 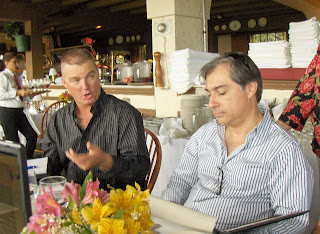 Airboat Association of Florida Board of Director member, Mr. Todd Nyman (left) speaks about the current condition of the crash site out within the Everglades, as Al Naranjo from the Miami based Architectural Firm Brockhouse who will design the memorial for Eastern Airlines Flight 401. Al annotates the informative information shared by Todd for consideration as Brockhouse prepares preliminary plans for the memorial 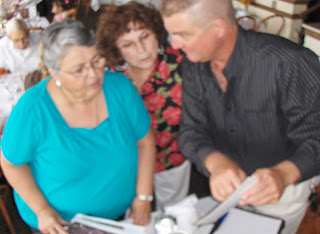 Todd explains areas of possible interest as the Eastern Airlines Flight 401 Tribute Group plans an expedition back out to crash site to survey, locate and identify various known aircraft wreckage from their aircraft N310EA which is still out there according to Todd 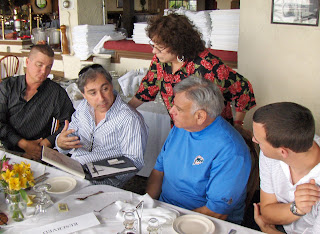 Al (second from the left) explains about a possible design consideration based on Todd advisement that the South Florida Water Management District along with the U.S. Army Corp of Engineers plan to do away with the dike which is located close to the site and of which on the night of 29th December 1972 was instrumental in facilitating rescue of the survivors by ground vehicles such as the police and fire department, as they drove out the site to render assistance 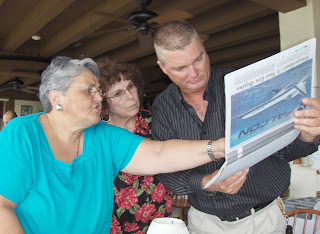 Surviving flight attendant Beverly Raposa explains to Todd her crew station position seating within the aircraft moment's before the crash as Mercy Ruiz looks on. This meeting marks the start of the Eastern Airlines Flight 401 and the Airboat Association of Florida working together toward the goal of establishing the memorial and establishing possible tours to the site

Miami, Florida 22nd August 2009: As if one personal and professional pleasure was not enough during the first International meeting of the Eastern Flight 401 Tribute Group, the group was graced with the presence of yet a other individual who brings a worth of assistance from himself and his organization. Mr. Todd Nyman a Board of Director member of the Airboat Association of Florida was present at the group first "International" meeting. Todd and his group are an invaluable asset to the group, as the folks who make up the Airboat Association of Florida are an important part of the history of Eastern Airlines Flight 401. As recalled it is was an airboat which was manned by the late Mr. Robert "Bud" Marquis, "The Angel of the Everglades" that came to the rescue of the survivors in the early moments of the post crash. Todd and his group has generously offered to facilitate airboat transportation for the group to go out and survey the crash site, as Todd has advised that there is still a great deal of wreckage still out there related to N310EA. The Airboat Association of Florida will be an important part of the group effort to establishing the memorial. Thanks to Todd and the Airboat Association of Florida, the Eastern Airlines Flight 401 Tribute group continues to expand.