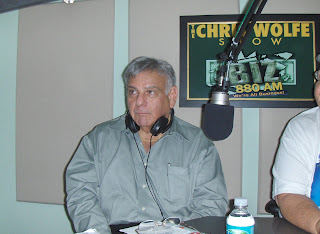 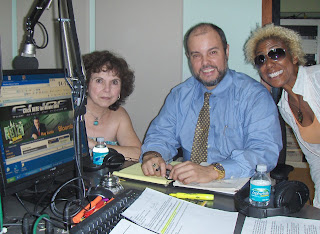 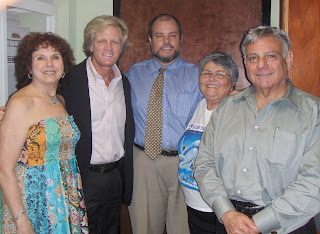 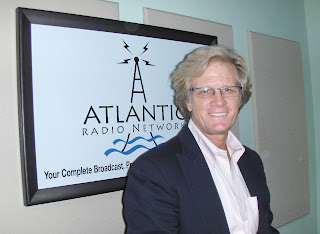 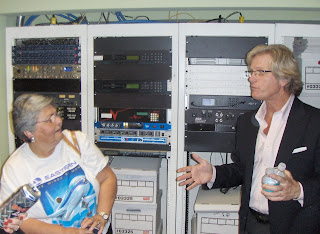 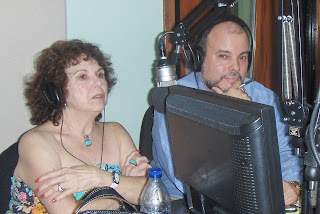 Mercy Ruiz speaks about her experience concerning the crash, as many questions from the public arrived concerning as to her and Beverly courage in keeping the many surviving passenger out there on that fateful night as calm as possible, which included the singing of Christmas songs 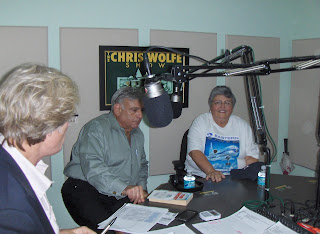 Ron and Beverly team up to answer a callers question about being "out there" and as to how they each dealt with the situation and their feeling about the crash many years later
Coral Gables, Florida 5th August 2009: In keeping with their public roll-out momentum, which was achieved at and since the Airliners International 2009 event held in Orlando, Florida back on July 23-25th, members of the Eastern Airlines Flight 401 Tribute Group took to the radio airwaves of Miami on WZAB 880AM.
Marking their 2nd visit onto the radio station since the inception of the group, radio talk show host Chris Wolfe of the Chris Wolfe "BIZ 880AM" extended a return invite for the group to speak as interest has greatly been generated within Miami since the recent article written by Miami Herald reporter Luisa Yanez, dated Monday 13th July, 2009 has once again sparked a renew interest within the public.
Present at the live broadcast from the studios at WZAB located in Coral Gables were surviving passenger Ron Infantino, who is affectionately known within the group as "The Commander" Beverly Raposa and Mercy Ruiz, both surviving flight attendants, flight 401 cabin crew and honorary member and renowned aviation consultant from the 94th AeroClaims-Aviation Consultant Group and post crash site surveyor, formerly in the service of Lloyd's of London, Benny F. Benitez.
Those not present that day at the studio as a result of scheduling, but worthy of honorable mentioned were Jan (Minguzzi) Coviello, surviving passenger and the 2nd and currently the only other honorary member Catherine Smallwood of the Digital Aircraft Factory.
As soon as Chris Wolfe opened the call in lines, the phone calls poured in as far West as San Diego, Califorina.
The calls of interest from the public ranged from the personal feeling of each of the survivors to specific technical questions about the aircraft and its flight crew. Not to be stymied by distance and not being able to be physically present, honorary member Catherine Smallwood called in from St. Augustine, Florida to elaborate in great detail about the aircraft pitch hold and autopilot for the benefit of the listing public.
The group was able to convey to the listening public the goal of establishing a memorial / tribute to those lives that were lost and those that were touched by the lost of Eastern Airlines Flight 401 on that dark night within the Everglades back on 29th December 1972, the night in which fail safe failed.
Posted by EAL FLt 401 Tribute Group. at 6:33 PM